Hiroshima Television Corporation supports the concept of SDGs, and we pledge to work toward helping achieve a sustainable society. In that regard, we endeavor to introduce individuals and companies who address SDGs through our broadcast programming and events. 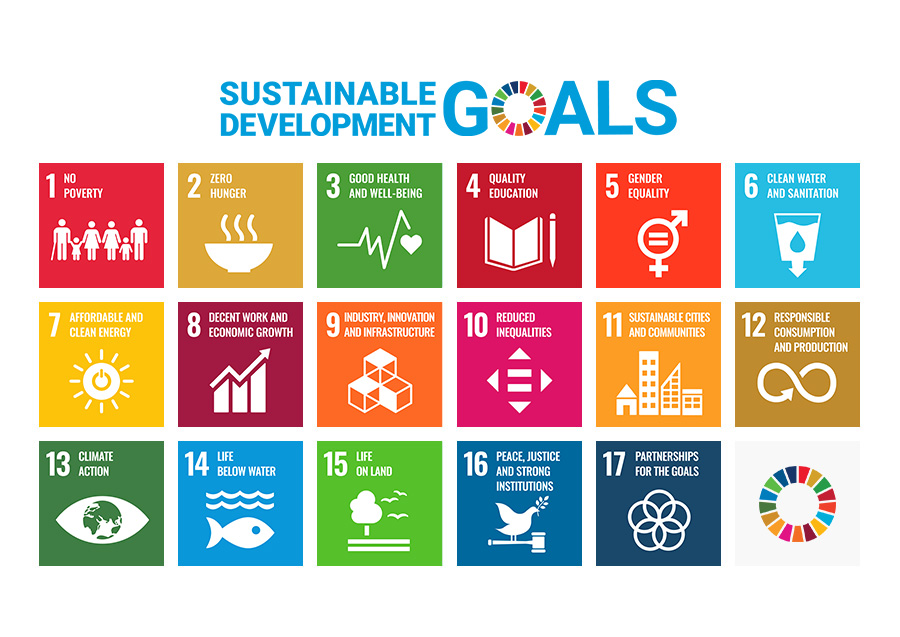 Seventeen "Sustainable Development Goals" were set by the United Nations in 2015, which are intended to be met by 2030. The goals contain 169 specific targets (including indicators used to measure progress), which reflect current global issues such as the environment, hygiene, human rights, climate change, poverty as well as others.

For Your Information URL 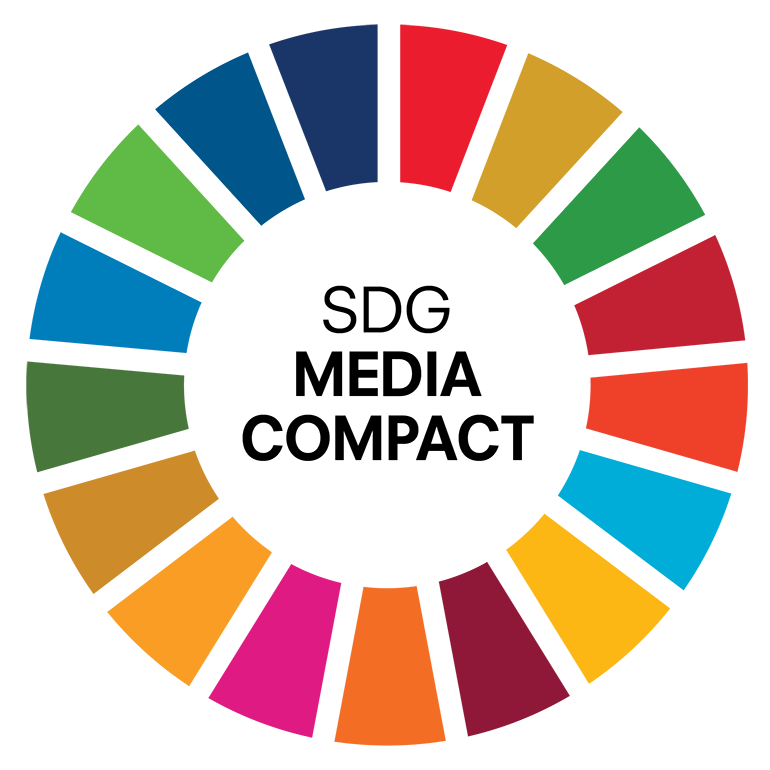 The SDG Media Compact is an alliance of media-related companies throughout the world that have been encouraged by the United Nations to help deliver SDGs.

Hiroshima Television Corporation is local television broadcaster which is located in nuclear-bombed city of Hiroshima. HTV first began broadcasting in 1962, and since that time we have tried to disseminate a message of peace, particularly in regard to the Atomic bomb. We air a wide variety of news, community culture, entertainment and professional/amateur sports as a local-based broadcaster. 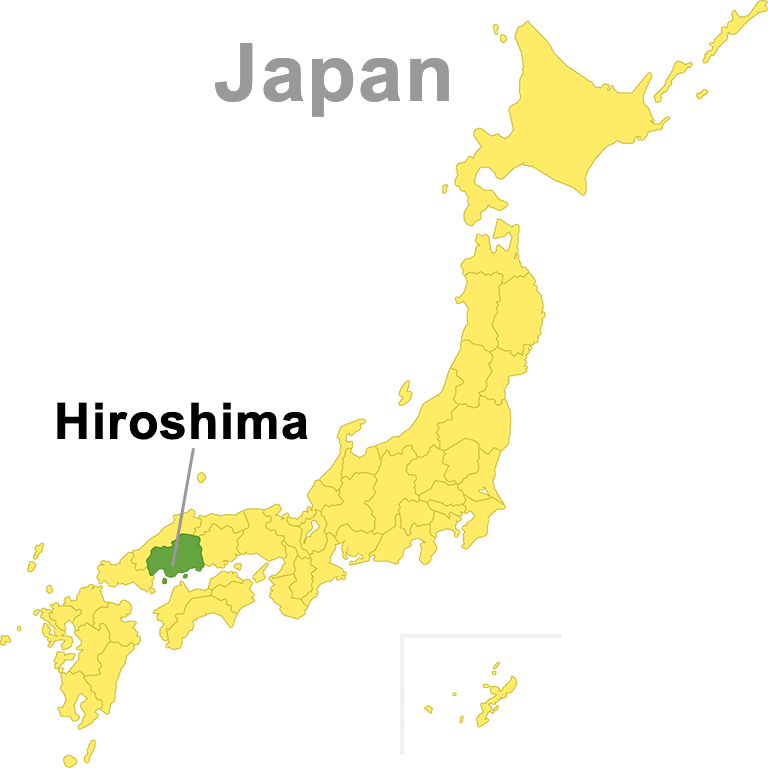 Hiroshima Television Corporation has addressed SDGs through events and programs such as "24 Hour Television - Love saves the earth", "Cheer for Child-raising Parents" as well as opening of event square called "Eki Kitare", which is located next to our company building. In the future we intend to be the leader in local community for these type of activities, seeking to be more proactive in the pursuit of the 17 SDGs. Fully utilizing our experience and expertise in broadcasting and event planning, we will continue to introduce programs that communicate from the city of Hiroshima to the outside world with the goal of realizing a sustainable society.

One of our critical mission is to serve and energize the city and community of Hiroshima through our programs (TV-ha, Sports Genki-maru) and news/sports broadcasting. An integral part of programming focuses on atomic bomb related reports, since our inception, we have produced more than 130 documentary programs. We are also actively engaged in campaigns for peace, and in the future, we will continue to introduce "Hiroshima" internally and externally in an effort to realize peaceful society. 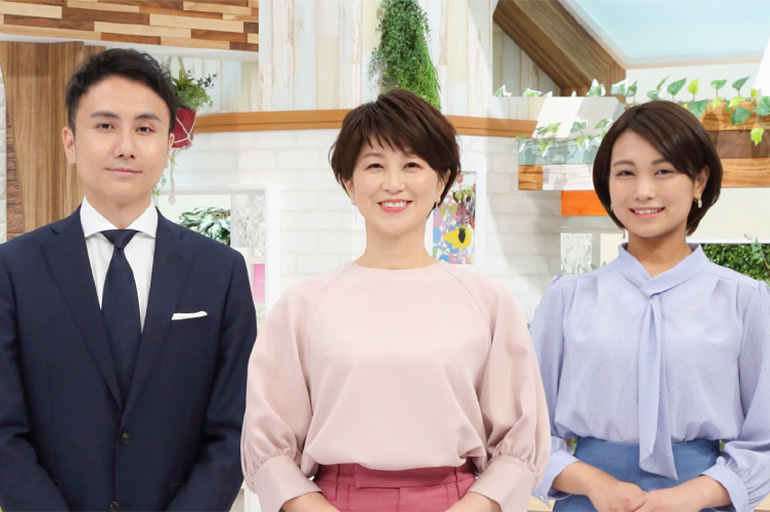 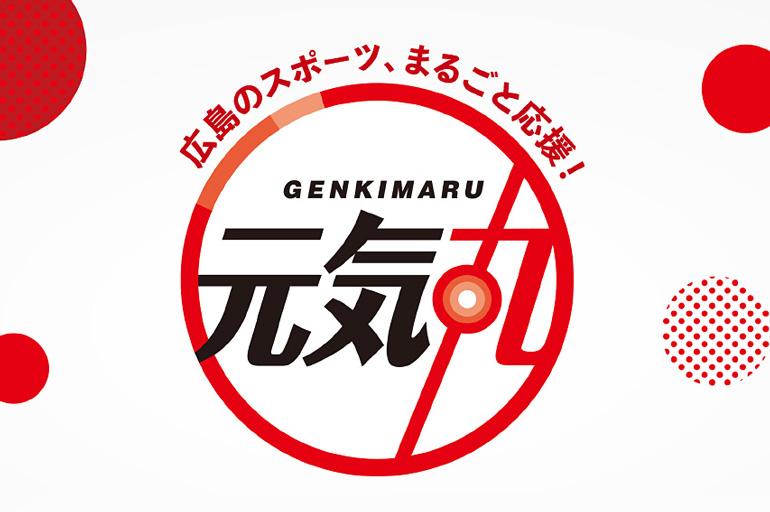 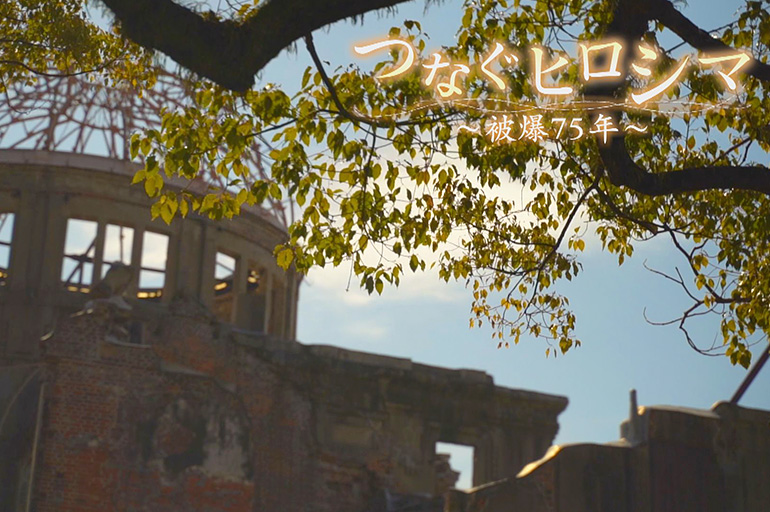 As an affiliate station in Nippon Television Network, Hiroshima Television Corporation broadcasts "24 Hour Television - Love saves the earth", a charity program that provide essential support such as human welfare, environment and reconstruction from natural disasters.
We have conducted events designed to promote and enliven our community, such as "Grand Tour Setouchi", "Medical Walking", "Cheer for Child-raising Parents - Sukoyaka", "Carp Fans Walk", "Hiroshima River City Festival", "Hiroshima Relay Marathon 42.195", "Beer Around the World & Gourmet Stadium", "Oktoberfest", and "Carpfest". These events are designed to shed lights on wellbeing and education, environment conservation, the promotion of local culture, and stress-free community development for citizens of both the prefecture and city of Hiroshima.
We developed a website to prevent and alert infectious disease called "Infectious Decease/Vaccinations Navigation", aiming to promote healthy growth of children, which is available nationwide beyond borders of regions. 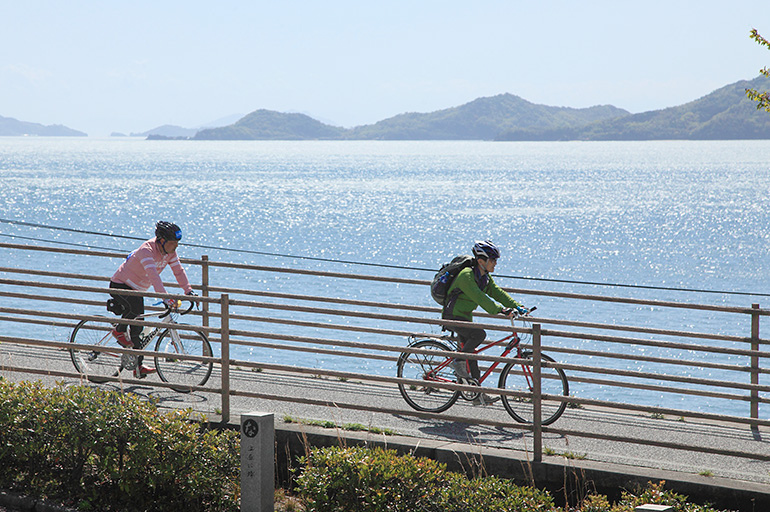 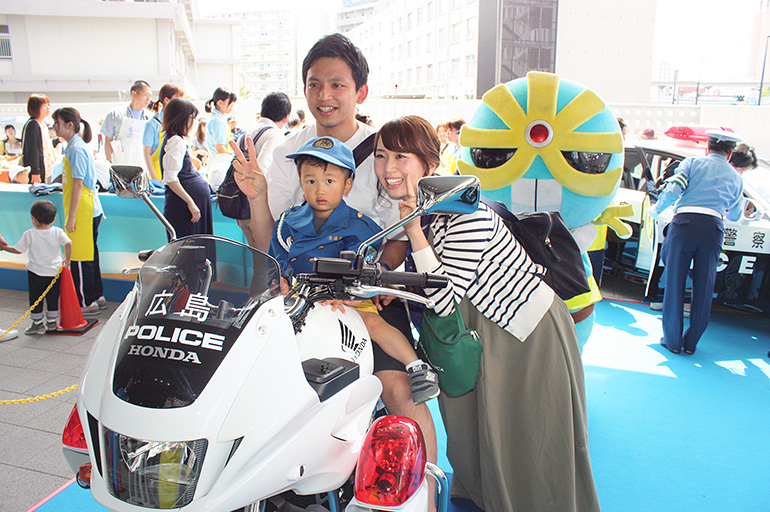 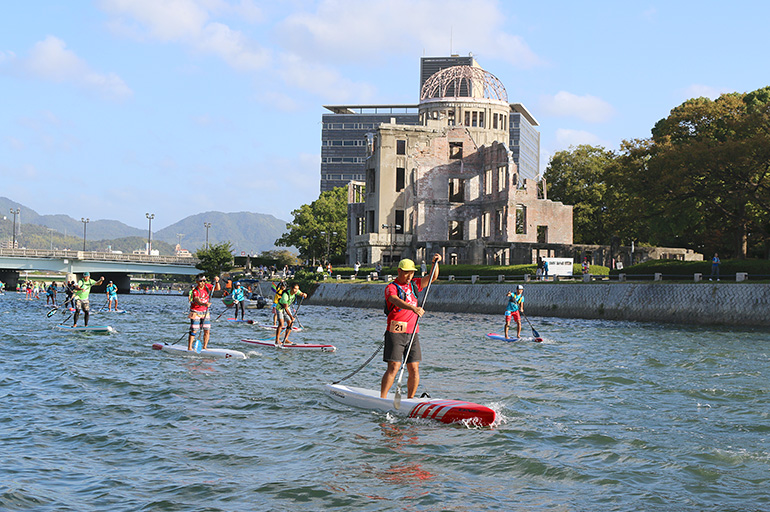 Revitalizing Neighbors Including Our Company Building

For the revitalization of the neighborhood, public open space was created with the Corporation and other adjacent enterprises contributing land for public use. We are helping contribute to develop stress-free community development in "Ekikita (the north gate area of Hiroshima station)".

As part of a "Work System Reform" encouraged by the Japanese government we introduced work regulations such as "No Overtime Day" and "STOP 20 day (leave the office by 8:00 pm). An RPA (Robotic Process Automation) system has been introduced to help reduce routine work. We fully respect labor laws and regulations, and have expanded vacation benefits to include "Childcare and Nursing Leave", "Consecutive Days Off Leave" and "Special Leave to Employees for Long-term Service". Regular workplace seminars in regard to issues such as harassment are conducted in order to create a safe and easy-to-work environment. Furthermore, open meeting spaces are available on every floor, and a lounge and terrace are on the top floor help provide an easy-to-work environment. 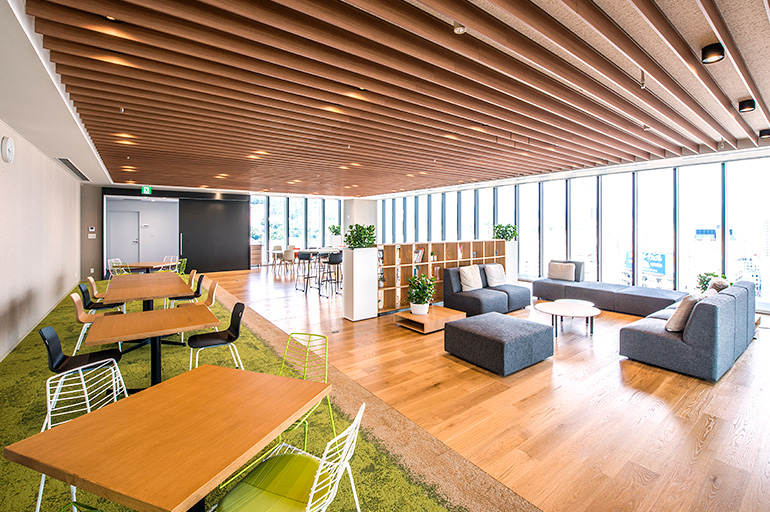 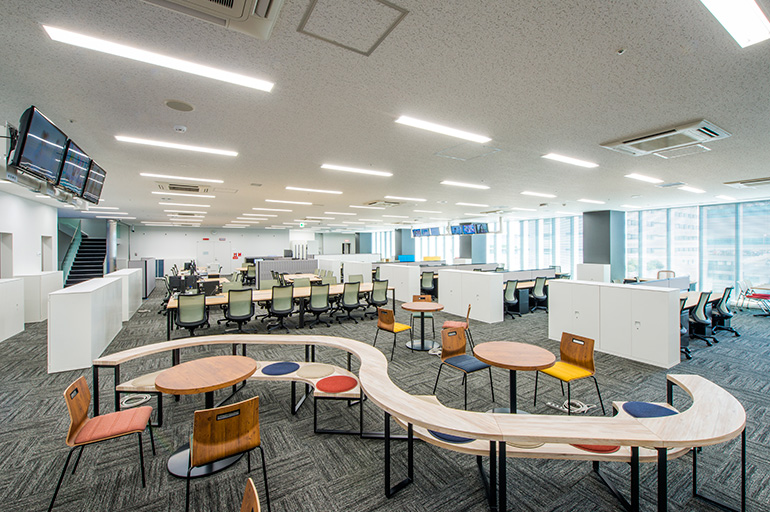 Following the relocation of the company building (September of 2018), we took actions to improve work environment. As part of universal design office system, we have installed Wi-Fi throughout the building, encouraging a paperless approach that enables to work remotely anywhere in the facility. Additionally the new building was constructed with seismic isolation technology aimed at reducing /preventing damage from earthquakes or other natural disasters. Our first floor space will be open for evacuees from disasters. As part of our effort to be environmentally-conscious, rainwater is used for toilet flush. 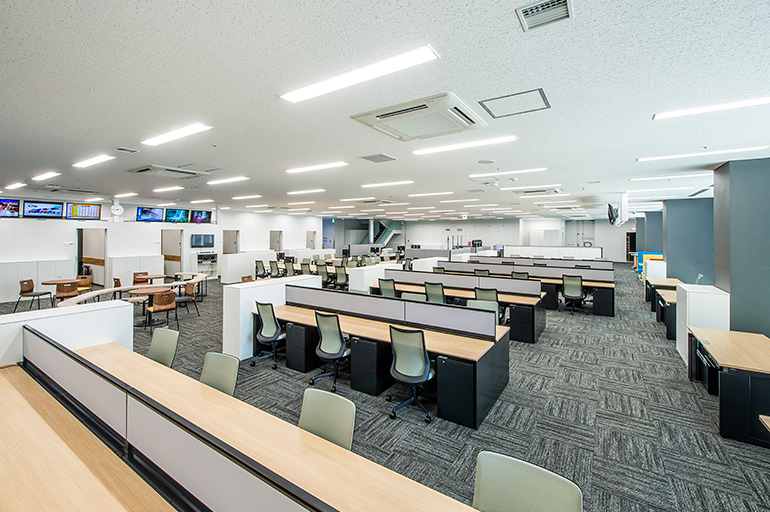 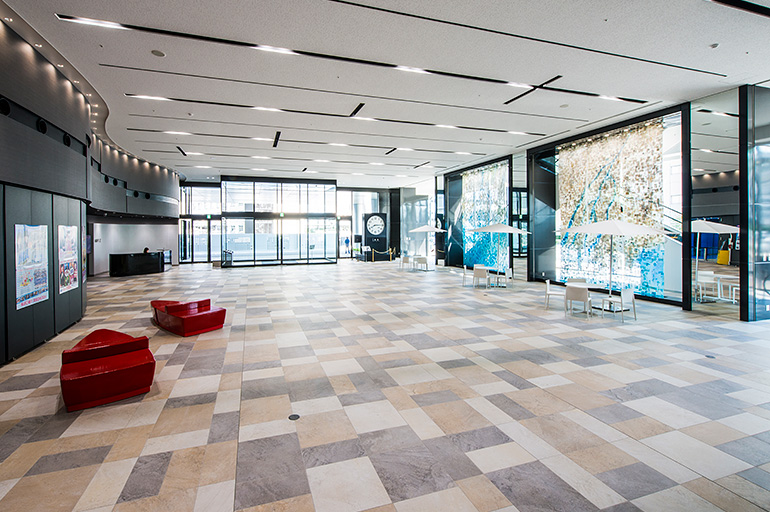 The lobby on the first floor is open to the general public.